It is a challenge to explore Jewish life in the communities that went through massive changes during a th past few decades. This year’s Bet Debora Conference of European Jewish Women Activists, Academics, Artists, Rabbis, and Cantors is hosted in Belgrade, one of the oldest cities in Europe where a Jewish community has been present since Roman times. However, the example of the Belgrade Jewish community shows both its fragility as it adapted to the Roman, Ottoman, Austro-Hungarian and socialist cultures, but also the inspiring  perseverance that enabled it to survive for  centuries.

The case of the Belgrade Jewish community, shaped by the rediscovery of Jewish heritage after the 1990s and the collapse of the socialist cultural framework, highlights the fundamental issue of constant change through continual presence, which is precisely what keeps Jewish life vibrant and dynamic. Much of the most recent renewal of Jewish life was brought about by women.

In this light we want to raise, but not limit ourselves to, the following topics:

We wish to explore Jewish women’s perspectives on varying aspects of these topics in lectures, workshops, discussions, exhibitions, and interactive presentations. As this is not a strictly academic conference, we are looking for all kinds of Jewish presenters who are artists, academics, activists, rabbis, and/or representatives of Jewish educational, religious, and cultural organizations.

We would like to ask you to send your proposals by July 15th, 2019 to betdebora.belgrade2019@gmail.com

Proposals should include a description of the planned contribution, estimated time of duration and whether it will be a workshop, shiur, presentation, lecture, etc., in 150 to 250 words. Please submit a brief CV and your contact information as well.

Registration for the conference will open soon. We will reserve suitable lodgings and encourage you to register as soon as possible. There will be a registration fee, but exemptions will be considered upon request.

Kind regards and looking forward  to seeing you in Belgrade, 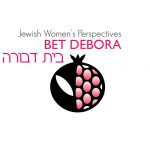