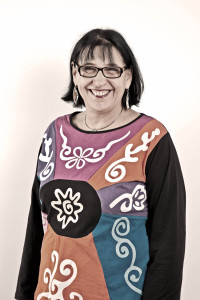 Eleonore Lappin-Eppel was born in Vienna, where she attended primary school and secondary school. Afterwards she studied German, English and comparative literature in the USA and in Israel. She earned her PhD at Hebrew University in Jerusalem with a dissertation on Martin Buber. After returning to Austria, she worked for the most part in research. Today, she is a researcher at the Institute of Culture Studies and Theatre History, a part of the Austrian Academy of Sciences, and teaches and conducts research at the Centre of Jewish studies at the University of Graz. Her main areas of interest are Jewish social and intellectual history of the 19th and 20th centuries, as well as Holocaust studies.

She is married and has one daughter and two granddaughters. 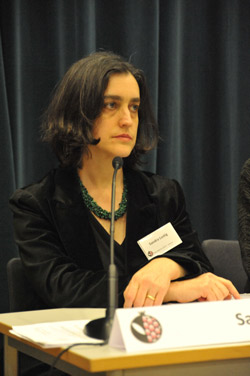 A daughter of German – Jewish refugees, Sandra was born in the United States and has lived in Germany most of her life. She holds a Diplom in Urban and Regional Planning from the Technische Universität Berlin and a Master’s in Public and International Affairs from Princeton University. Following a decade doing environmental work, she now lives and works in Hamburg as a freelance translator and interpreter. Her Jewish activities include organizing this 6th Bet Debora conference (after participating acively in the first five), organizing one-day Limmud events in Hamburg, organizing the conference “Galut 2000 –Towards a European Jewish Identity”(1998), founding and leading a Jewish Stammtisch in Berlin (an informal monthly gathering for Jews), and editing (with Ian Leveson) the book Turning the Kaleidoscope –Perspectives on European Jewry. She is a founding member of the Egalitarian Minyan of the Jewish Community In Hamburg.