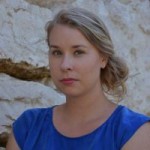 Has studied political science at the Freie Universität Berlin. She works in the field of civic education dealing with topics of democracy, diversity and

history. She writes pedagogical concepts, develops projects and teaches adults in these fields.  She has worked for workers unions, conAct, bpb, foundations and big volunteer organizations like Deutscher Feuerwehrverband, DRK and THW.
At the moment she works in a project that supports volunteers who support refugees. The project deals with questions of participation in society.
Tanja is engaged with organizing the youth exchange between the district of Berlin Pankow and the municipality of Tel Aviv – Jaffo since 2001. She is engaged with Bet Debora Berlin. 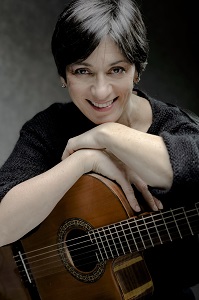 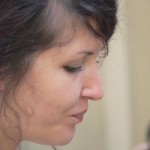 Historian, journalist, social activist and anti-discrimination trainer. Alumni of the history department at the Nicolaus Copernicus University in Toruń. She worked with the Austeria Publishing House and Midrasz, Polish-German Center Association, Foundation for the Preservation of the Jewish Heritage in Poland, The KARTA Institute, Internationaler Bund Poland and Radio Kraków Małopolska. Author of the publishing project „Majses“, where one of the project’s books „Majn Alef Bejs“ has been awarded the main Bologna Ragazzi Award at the Bologna Children’s Book Fair. Anna is also a member of the Crisis Intervention Society. President of Jewish Association Czulent. She graduated from the Academy of Anti-discrimination Training and School Coaches ROZVIYAK . Currently he is doing a PhD at the University of Pedagogical in Krakow on Jewish women and Holocaust.

Barbara Maria Pendzich, born in Chicago, Illinois, to Polish emigre parents.Graduated from Georgetown University, Washington, D.C and received doctorate from same in 1998 on the Polish-Muscovite War of 1654 under the mentorship of Prof. Andrzej Sulima Kamiński.Worked with the NSZZ „Solidarność“ Coordinating Office Abroad headed by Jerzy Milewski in Brussels. Recipient of Lady Davis Scholarship at Hebrew University and studied with Prof. Moshe Rosman (Bar Ilan University).Co-edited with Prof. Karin Friedrich the Festschrift „Citizenship and Identity in a Multinational Commonwealth“ published by Brill Academic Publishers. Worked as Deputy Director of the Institute for Civic Space and Public Policy at Lazarski University in Warsaw. Currently working with the Bente Kahan Foundation in Wrocław. Married to a native of Wrocław and happy mother of three.